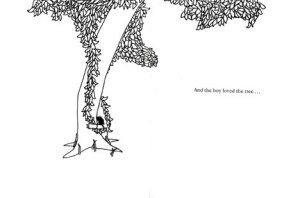 “And the boy loved the tree…” The Giving Tree, a Shel Silverstein classic, is a story of the relationship between a boy and a tree. The tree would give the boy anything it could; it provided shade on a hot day, its apples to sell, its branches to build a house, its trunk to make a boat, and in all of this the tree was happy, and the boy loved it. Among many things, such as God’s love for his children, or a parent’s love for their newborn, this story illustrates a selfless giving, one that can be seen as our own environment around us. Some times, as the human race, we can seem to be that boy who takes everything from the tree to make a better life for him. But do we “love the tree?”

Within my first couple of days here in Australia, I could see a difference in how most feel about what they need to do to help their environment. My host family went over the rules more than twice about leaving the lights on, taking faster showers, and drying laundry on a line outside instead of using the dryer. At first I thought it was just my family, but then I noticed Australia as a whole has been cracking down on the environmental issues such as energy consumption, water usage, and recycling. As of the first of July this year, a Carbon tax was put into place that makes the big energy spenders pay a tax for how much Carbon pollution they have. This in turn will increase the prices on some goods and services. Everyone in a way is paying now to help the environment from what they were doing to it with pollution from the beginning. Australia is among the top 20 biggest polluters in the world with about 500 million tons of pollution each year.

Australians in general have a certain connection to their land. They might call it hostile at times but it is a part of them. I can see the efforts of giving back to the environment by the lifestyles and attitudes of Australians. In the United States over the past 20 years you can see a change in environmental concerns. About half of Americans (48%) don’t really know what is in the future for environmental problems but say that their concern for the environment is somewhat serious. Also, in the past 20 years, twice as many Americans recycle and have become more environmentally friendly. However, even with the good number of recyclers, you don’t really find Americans that will take the next step and go without certain conveniences as Australian’s do, such as the use of the dryer. Can it really be that difficult to make a change in your own household in order to give back? As I talked with my host mom, she told me that as a parent, she thinks about the future and what kind of world her children will be in when she is gone. As a Christian, she thinks about how God put us in charge of the earth and how we are to look after it, take care of it, and be good stewards of it. This makes her more aware of her environment and what she and her family can do to help it.

Many people have different views on their environment and how they should treat it. We can see that those views are affected by where someone grows up and lives. Such as the Australians, who are use to the rough land and lack of water, and the Americans who are use to the land of plenty where taking from it is easy and giving back is inconvenient. Personally I think we can learn from the story The Giving Tree, and love the tree (our giving tree) back.