Shooting on film can be a cost-effective way to get fantastic photos if you know how to navigate the underworld of obscure and expired film stocks. In Australia, film is nothing close to cheap. Most of the time a roll of 35mm film can cost three times the price of the same roll in the US.

This has caused me to get creative.

I recently found a roll of film I had been saving in my camera bag. It was a leftover from a photography class I took my junior year of college. Its an old roll and its been through so many x-ray machines during various travels that I had no idea if it would turn out.

The following are some photos from an old, damaged roll of Ilford 400 B+W: 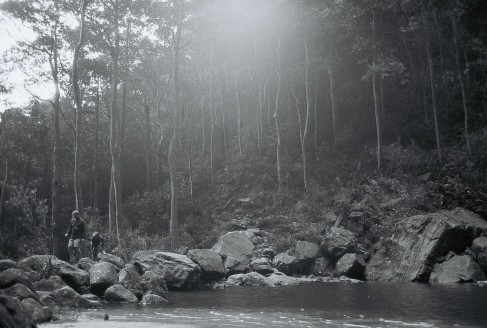